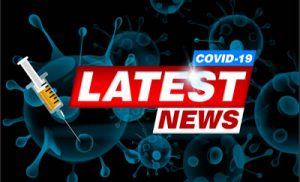 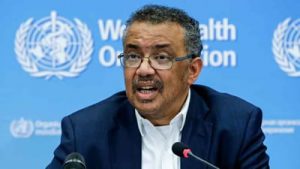 FIFA has joined forces with the United Nations (UN) and the World Health Organization (WHO) in supporting the #BeActive campaign launched on the UN International Day of Sport for Development and Peace to encourage people to be #HealthyAtHome as the world comes together in the fight against COVID-19, today and every day.
WHO recommends all healthy adults do at least 30 minutes a day of physical activity and children at least 60 minutes per day. As part of this, #BeActive and remain #HealthyAtHome include the following suggestions along with any other form of recreation
to stay healthy at home:

“We are delighted that football is strongly supporting the International Day of Sport for Development and Peace by asking everyone to #BeActive and to remain healthy at home during this difficult time,” said António Guterres Secretary-General
of the United Nations. “FIFA has asked the football community, from member associations and clubs, to players and fans, to show their support, to put their rivalries aside and to show a new solidarity so we can overcome the coronavirus.
This is an important lesson not only for today, but for every day.”
“More than ever, especially now, one thing must be clear to everyone, health comes first,” said FIFA President Gianni Infantino. “FIFA is delighted to support both the United Nations and the World Health Organization in amplifying
the #BeActive campaign today, and we are encouraged that the football community is also playing an active role in ensuring the message understood globally. For the first time ever, we are all on the same team and together, with team spirit and
positive energy, we will win.”
“WHO is proud to collaborate as part of the UN family with FIFA and football lovers worldwide to promote the importance of being active for both physical and mental health,” said Dr Tedros Adhanom Ghebreyesus, Director-General of the World Health Organization. “The #BeActive campaign supports WHO’s drive to help people be healthy at home.”
The campaign kicks off with Real Madrid CF, FC Barcelona, Liverpool FC and Manchester United FC asking football fans to set aside their rivalries and to come together to #BeActive in order to defeat the coronavirus. Other clubs, including Club América,
CD Guadalajara, Beijing Guoan FC, Shanghai Shenhua FC, Mohun Bagan AC, East Bengal FC, Melbourne City FC, Sydney FC, Auckland City FC, Team Wellington FC, CA River Plate, Olympique de Marseille, TP Mazembe, CR Flamengo and SE Palmeiras will also
join the initiative in the coming days.
As part of the campaign, world-famous players share the following message: “At this time, even rivals need to stick together. We have to keep our distance, but we do not lose our focus. We can show solidarity by being active, and active means
following the guidelines from the WHO.”

The video campaign will
be published on various FIFA digital channels, with regular subsequent updates from clubs and players across the world during subsequent days. #BeActive is also being supported with graphics toolkits for the 211 FIFA member associations and various
media agencies to facilitate additional localisation and to further amplify the message.
WHO, the UN’s specialized health agency, and FIFA, football’s world governing body, collaborate closely to promote healthy lifestyles through football globally and launched the “
Pass the message to kick out coronavirus” campaign last month to share advice effective measures to protect people from COVID-19.
The video campaign can also be downloaded here for editorial purposes. 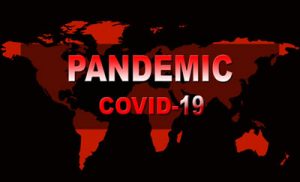